Big corporate borrowers to benefit most from rate cuts 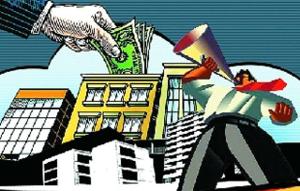 The sharpest rate cut by banks in more than seven years is likely to benefit big corporates more than retail borrowers. Companies can renegotiate contracts immediately, taking advantage of reductions of as much as 90 basis points, while more than 60% of retail borrowers are stuck in the earlier baserate regime where the drop has been a much narrower 5-10 basis points, experts said. Corporate loans are mostly pegged to the marginal cost of funds based lending rate (MCLR), which came into force in April 1 last year.

“Banks will pass on the rate benefits to large corporates as they have been able to raise money from money markets, so the bigger game lies in the industrial sector. We will have to see how this plays out,” said Siddharth Purohit, senior research analyst at Angel Broking. A basis point is one-hundredth of a percentage point.

Indian banks slashed interest rates over the weekend after Prime Minister Narendra Modi urged lenders to meet the funding needs of poorly served borrowers ranging from the poor to the middle class. The move is also expected to revive credit growth as companies borrow to invest and thereby bolster growth in the wake of the November 8 demonetisation.

“The better-rated corporates have an option of going to the wholesale markets because they can bargain for better rates from banks, so they will be better placed to enjoy benefits of lower rates as compared to poorly rated corporates,” said Ajay Bodke, CEO, Prabhudas Lilladher.