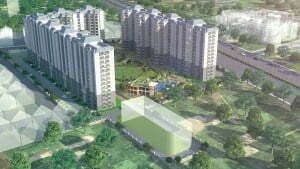 To ease the problem of shortage of government accomodation in the national capital, government on Tuesday decided to rebuild seven housing colonies to double the existing housing units from 12,970 units to 25,667 at a total cost of Rs 32,835 crores.The Union Cabinet, chaired by Prime Minister Narendra Modi, approved the redevelopment of seven General Pool Residential Accommodation (GPRA) colonies in Sarojini Nagar, Netaji Nagar, Nauroji Nagar through National Buildings Construction Corporation Limited (NBCC) and in Kasturba Nagar, Thyagraj Nagar, Srinivaspuri and Mohammadpur through Central Public Works Department (CPWD) to replace the existing housing stock.“In Delhi, there has been a frequent complaint of shortage of government accomodation for employees. The Cabinet decided to rebuilding general pool accomodation at seven places.“There will be a total expenditure of Rs 32,835 crore which we are investing in dwelling units. After reconstruction, renovation and fresh construction, they could be increased from the present 12,970 to 25,667 dwelling units. This will help government employees who have to wait for long years to get government accomodation,” Union Minister Ravi Shankar Prasad told a press conference.

The total estimated project cost of Rs 32,835 crores includes maintenance and operation costs for 30 years and will be completed in five years in a phased manner.

It will be implemented on self-financing basis by sale of commercial built-up area in Nauroji Nagar and parts of Sarojini Nagar, adjoining the Ring Road, a government statement said.

The move will help bridge the gap in shortage of government accommodation in the national capital region, which leads to long wait for employees to be eligible for housing.