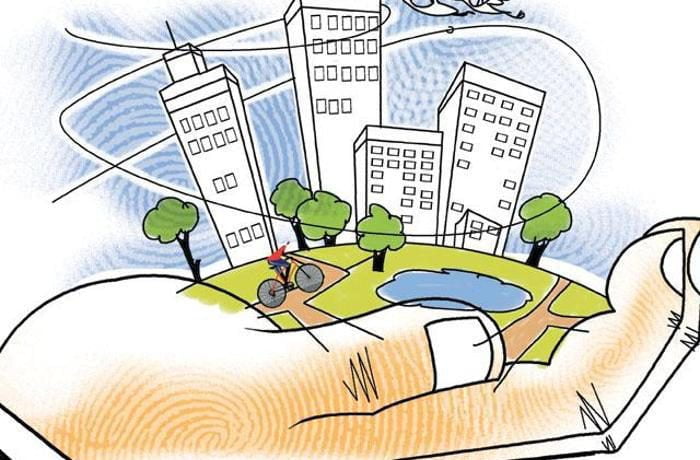 GURGAON: Chief minister Manohar Lal Khattar’s interest in the quick formation of the Gurgaon Metropolitan Development Authority (GMDA) appears to be waning. After all the initial activity surrounding it, things have practically come to a standstill.

According to sources, officials in Chandigarh are not showing any interest in speeding up the process to get the draft Bill cleared.

In fact, it is yet to be decided under which administrative department GMDA will come, with some bureaucrats pitching it under the urban local bodies (ULB) department, while the CM apparently wanting it to be under the department of town and country planning (DTCP), which is his portfolio. “Things don’t seem to be progressing in the right direction. Initially, all those who mattered showed a lot of interest. A couple of high-profile meetings chaired by the CM were also held, in which the draft Bill was discussed. Since then, though, there’s no forward movement,” said a senior official in Chandigarh.

“Right now, all matters related to the GMDA are being forwarded to the chief secretary. But, since he does not have a team to inspect the draft, it’s extremely important that an administrative department is appointed to vet the draft Bill, before it is forwarded to the legal department and then to the CM and the cabinet,” the official added.

Last October, TOI had reported how senior officials in Chandigarh were trying to scuttle GMDA. But now that the process to form it has started, they appear to be trying to delay it. According to officials, if GMDA is brought under DTCP, there are chances the head of the department might interfere in its functioning. Under the ULB, the chief minister won’t have a direct say in its matters.

As per the revised draft GMDA Bill prepared by officer on special duty V Umashankar, the power to issue licenses to private builders will lie with DTCP, though the new authority will have power to grant change of land use (CLU) certificates. This is an important change from the initial draft, prepared by Haryana Institute of Public Administration (HIPA), which had recommended that both powers — to issue licenses to private builders as well as to grant CLU certificates — should be with GMDA, to pre-empt any interference from DTCP. What the CM’s final decision will be needs to be seen.

Another difference is that while HIPA’s draft had recommended GMDA be headed by a bureaucrat of the additional chief secretary rank, the revised draft says the head could be of the rank of principal secretary and above.

Meanwhile, GMDA officials hope the revised draft Bill is vetted and cleared by the legal department and cabinet at the earliest.