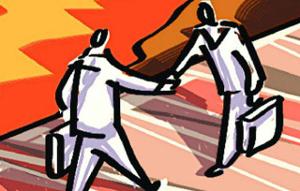 NEW DELHI: Office space absorption in Delhi-NCR declined by over 8 per cent last year due to sharp fall in supply but the situation is expected to improve in 2017 with a completion of several commercial projects, according to property consultant CBRE.

According to CBRE data, office space leasing stood at 8.6 million sq ft during 2016 compared to 9.4 million sq ft in the previous year.

“Several Grade A buildings await the final Occupation Certificate (OC) which is expected to happen in 2017, thereby providing a thrust to the relative decline in supply witnessed in 2016,” CBRE South Asia MD – Advisory and Transaction Services Ram Chandnani told PTI.

“Given this, the absorption also witnessed a marginal decline, as corporate occupiers continued to prefer large-sized space in quality developments in core locations of the city,” he said.

However, Chandnani expected the market trend of decline in demand and supply of office space to ease out in 2017.

Despite drop in office space absorption during 2016, the Delhi-NCR market along with Bengaluru dominated office leasing on an annual basis, accounting for about 47 per cent of the overall space take-up.

In the seven major cities of the country, office space leasing rose by 9 per cent last year at record 43 million sq ft on robust demand from corporates looking to expand their operations.

“The commercial real estate market in India has been performing well for the past two years. This is evident in the record absorption levels witnessed in 2016. India continues to show positive movement, despite global uncertainties,” said Anshuman Magazine, Chairman-India and South East Asia, CBRE.

The policy initiatives undertaken by the government in the recent past is expected to bring transparency into the sector, which is a much-needed step towards enhancing consumer and investor confidence, Magazine said.